‘An unsustainable way to live’: Why women with dependent children are the most time stressed
Skip to content 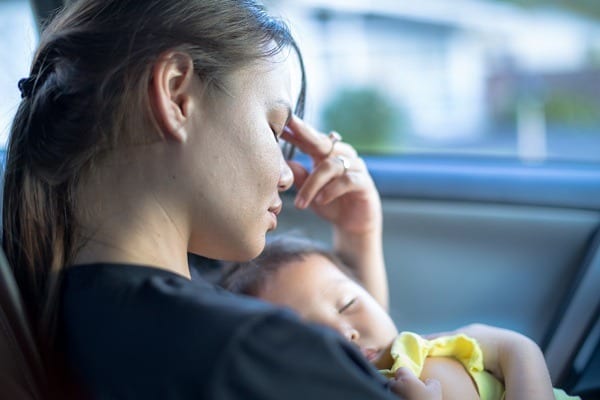 Do you feel like there’s enough time in the day to get everything done you need to?

If your answer to this question is a hard ‘no’, you might take some comfort in the knowledge that you’re not alone. Especially if you’re a woman, and even more so if you’re a woman with dependent children.

That’s according to data from the Household, Income and Labour Dynamics in Australia (HILDA) 2021 report, released last week, which looks at trends of ‘time stress’.

The report, based on a survey undertaken annually since 2001 up to 2019 – a year before the pandemic hit – shows that on average, women feel more time stressed than men, and time stress is much higher for women with children relative to those without children.

HILDA broadly defines ‘time stress’ as a perceived lack of time, or the feeling that there is not enough time to do all the tasks one has to do.

Dr Ferdi Botha, a Research Fellow at the Melbourne Institute: Applied Economic and Social Research, and one of the report’s authors, told Women’s Agenda the main explanation as to why women report higher levels of time stress than men “almost certainly relates to women’s greater share of unpaid work”.

For Alys Gagnon, a Senior Account Manager at Essential Media, this feeling of being time pressured is all too familiar. Despite having a “really supportive” workplace and spouse, Gagnon says that she’s had to “come to accept that there is no way to get everything done”.

“But I also need time to myself and to sit with friends occasionally and to sleep more than six hours a night. It’s a really unsustainable way to live.”

“Being in a state of persistent time stress therefore appears detrimental to health and wellbeing,” says Dr Botha.

And this is something that will have been exacerbated by two years of upheaval. Extended social distancing, border closures, lockdowns, remote work and remote learning have likely caused a raft of additional challenges for most Australians—especially those with dependent children which we will learn of in next year’s HILDA findings.

Dr Botha notes that any changes to time stress that do come about during the pandemic period would most likely depend on a person’s employment status and whether they had school-aged or young children.

“It is likely that time pressure increased substantially for people who remained in full-time employment, but at the same time had to manage taking care of children at home during working hours as well, when they would normally have been in day care or school,” Dr Botha said.

“The more children there are, the more time may need to be allocated to caring for their children, which often is required in addition to paid work.”

For Alys Gagnon, the juggle of everything during lockdowns, including the remote learning for her children, felt impossible.

“Adding remote learning for two primary school-aged children to the pressures on my time was a pipedream. We did the best we could, but now on top of the usual maternal guilt I’ve got this whole added layer about their education,” Gagnon said.