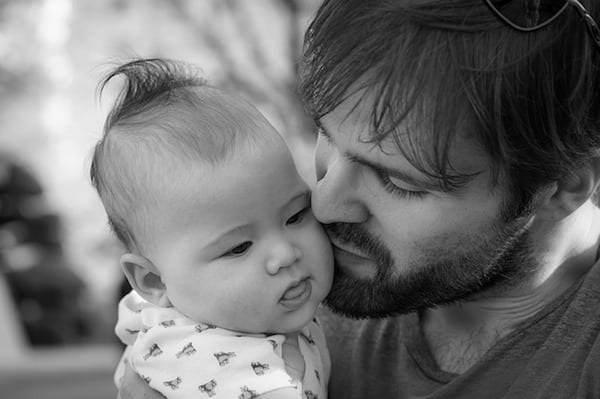 Medibank has issued a challenge to corporate Australia with their policy offering 14 weeks paid leave to all parents, regardless of whether they’re the primary or secondary carer.

That 14 weeks of paid leave far exceeds anything on offer for secondary parents from other large employers in Australia.

The insurer has just been crowned Australia’s Best Workplace for Dads for its family-friendly policies, by Direct Advice for Dads (DAD) a website for expectant dads, new dads and dads of toddlers, created by HBF.

Medibank introduced the new FamilyFlex policy in March in a bid to attract new employees and challenge the stereotype that child caring is ‘women’s work’. Group Executive of People & Culture Kylie Bishop said at the time that they wanted to intentionally remove labels like ‘primary’ and ‘secondary’ carer in order to just use ‘parent’.

The 14 weeks can be taken at any time in the first two years of a child’s life, and split across two periods. The insurer also offers external coaching to new parents and has targets for flexible work, as well as accountability metrics for leaders tasked with improving flexibility.

DAD analysed the policies of Australia’s 500 largest companies, while also working with workplace and parenting experts in order to determine the list.

They then came up with their list of 20, ranking them according to the length of the paid secondary carer’s leave, which they cited as particularly important for Dads.

Second on DAD’s list of 20 is construction company Mirvac, which offers four weeks paid secondary carer’s leave and 20 weeks for primary carers. They also have a strong culture of flexibility, with managers specifically trained on managing flexible work within their teams.

Third on the list is the ASX, also offering four weeks of paid secondary carer’s leave, as well as a strong flexible work culture and return to work support programs.

Fourth is the Commonwealth Bank, with four weeks paid leave for secondary carers and 12 weeks for primary carers.

Fifth is PwC, with three weeks paid leave for secondary carers and 18 weeks for primary carers.

The full list is available here. While a number of those featured offer paid parental leave for primary carers that exceeds the 14 weeks on offer from Medibank, it’s the fact Medibank offers it to ALL parents that really sets it apart.

It’s worth noting also that Medibank is one of just a handful of ASX listed organisations to have a board that’s more than 50% female.