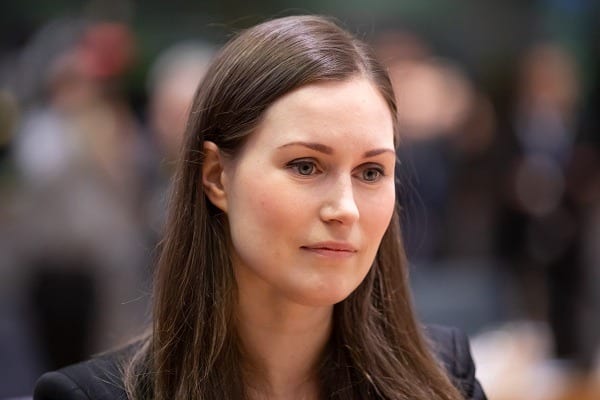 The new policy will grant 164 days or nearly seven months of paid leave to each parent, for a total of 14 months paid leave per family. A pregnant parent would get an additional one month’s paid leave before their parental leave starts.

As part of the policy, parents would be permitted to transfer 69 days from their own quota to the other parent and single parents will have access to the allowance for both parents.

The new reform will be gender-neutral and will equalize the 4 months paid leave currently granted to mothers and two months to fathers.

Since taking office in December, Finland’s five-party coalition government, which is led by 5 women, four of whom are under the age of 35, has prioritised gender equality.

Speaking at the World Economic Forum in Davos in January, Sanna Marin, who is now the world’s youngest prime minister, talked about the need for both men and women to fight for gender equality.

“We all have to fight each and every day for equality, for a better life. It’s very important for everyone to step in, it’s not someone’s else job. That is the reason why I got into politics,” she said.

According to Minister of Health and Social Affairs Aino-Kaisa Pekonen, the parental leave reform aims to improve gender equality in Finland and provide a boost to declining birth rates.

“This enables better equality between parents and diversity among families,” she said.

The number of births in Finland dropped to 45, 600 last year, the lowest birth rate since the country experienced famine in 1868.

The Finnish government estimates that the increased leave will cost 100 million euros.

According to a statement released by the Ministry of Health and Social Affairs, the reform is still in development stages and is expected to come into force in 2021.