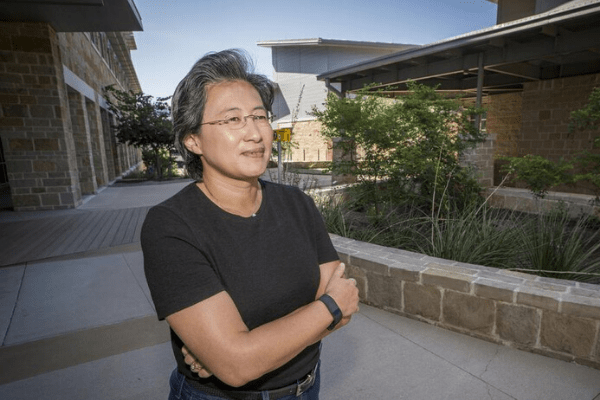 Lisa Su has become the first woman ever to top the Associated Press’ annual survey of CEO compensation with a pay package valued at US$58.5 million last year. Su is the CEO of Advanced Micro Devices, a company with a market value of US$53.250.4 million in March 2020.

Su’s figure was US$13 million higher than the top-paid male CEO, David Zaslav of Discovery, whose compensation in 2019 was the highest in the state of Maryland in the US, at $45.8 million.

What do Lisa Su, Mark Zuckerberg, Jamie Dimon, Laurence Fink, Bob Iger, and other top executives do to set themselves apart? Our annual World’s Best CEOs list goes beyond strategy to understand the character of a best-in-class leader.⠀﻿⠀ ⠀﻿⠀ In 2014, Lisa Su took control of Advanced Micro Devices (@AMD) with an eye on solving problems and getting back to growth. The chipmaker benefited greatly from Su’s sharp engineering mind and soon regained prominence in the industry. Find out why leaders like Su look at crisis as opportunity in the story of AMD’s comeback journey.⠀﻿⠀ ⠀﻿⠀ Story by Jack Hough⠀﻿⠀ Photography by @feaverish⠀﻿⠀ ⠀﻿⠀ #AMD #CEO #Barrons #Magazine #BarronsTopCEOs #Chip #lisasu #Ryzen

Su’s Santa Monica based microprocessors company came in at number 448 in this year’s Fortune 500 list, and she was only one of 37 women to make the list.

The data and technology tools company, Equilar conducted the analysis for the Associated Press. The analysis only includes CEOs in the S&P 500 index who have been in the role for at least two full years. The analysis calculated salary, stock awards, stock option awards and other pay components including bonuses and perks.

The first analysis commission by the Associated Press was conducted in 2011 and has since been a yearly survey of the salaries of S&P 500 CEOs. A total of 20 women were on the latest list, compared with 309 men, indicating the perpetual underrepresentation of women at only 5 percent.

“However, the fact remains that women CEOs still represent a disproportionately small share of corporate leadership, and women of colour aren’t represented at all.”

In this week’s cover story, Barron’s lists the World’s Best CEOs and identifies traits that make them among the most compelling and inimitable leaders.⠀ ⠀ Cover story by Jack Hough⠀ Photograph by @feaverish⠀ ⠀ #Barrons #Magazine #BarronsTopCEOs #TopCEOs #CEO #AMD #LisaSu

Su was born in Taiwan and studied electrical engineering at MIT in Boston. She has been CEO of AMD since 2014 and last month, was elected as a new member to the American Academy of Arts and Sciences. Since taking reins of the company, AMD’s stock has risen from roughly $3 to about $55, and the company was the top performing stock in the S&P 500 in both 2018 and 2019.

Su is the daughter of Chun-Hwai Su, a statistician and Sandy Su, an accountant turned entrepreneur. She and her family emigrated from Taiwan to the US when Su was 3-years old. Su went on to obtain a Masters and PhD at MIT in Boston.

Last year, Su was named one of The Bloomberg 50, a list of the most influential leaders in finance, fashion, technology, and trade. Su’s uncle is Taiwanese billionaire Jen-Hsun Huang – CEO of Nvidia Corporation, a gaming, AI, computer chip manufacturer and tech company that invented the first graphics processor chip in 1991.