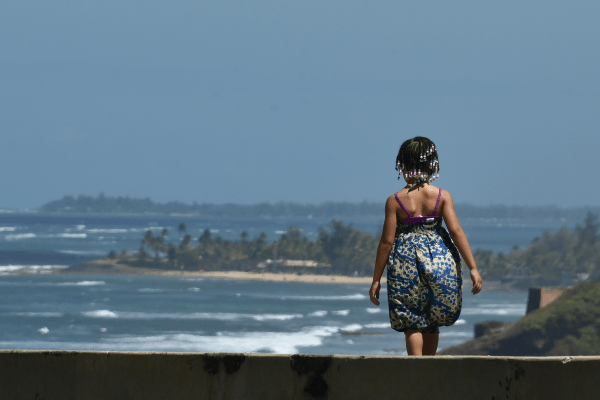 Freshly sworn in Governor of Puerto Rico, Pedro Pierluisi, has declared a state of emergency over violence against women after a swell of murders targeting women and transgender people in recent years.

The declaration will see new measures enacted, with Pierlusis giving himself authority to implement policies across government agencies aimed at preventing and responding to violence against women.

A new committee will see representatives from more than a dozen agencies coming together to work out a government-wide strategy to fight violence against women. It will also be tasked with giving education, support and emergency rescue around gender violence.

The committee will be made up of seventeen members — including three representatives from organisations that focus on eradicating gender violence issues. Each member will present an initial progress report forty-five days after their first meeting and every 30 days after that until the order expires in June 30, 2022.

The Department of Education has also been tasked with developing a curriculum to educate students about gender violence, and the attorney general’s office will be creating new training programs for prosecutors handling cases relating to gender-based violence.

“Gender violence is a social evil, based on ignorance and attitudes that cannot have space or tolerance in the Puerto Rico that we aspire to,” Pierluisi said in a statement. “For too long vulnerable victims have suffered the consequences of systematic machismo, inequity, discrimination, lack of education, lack of guidance and above all lack of action.”

“Victims have suffered the consequences of systematic machismo, inequity, discrimination, lack of education, lack of guidance and above all lack of action,” he added.

The declaration will also see the implementation of programs offering protection to gay and transgender people, including the creation of a mobile app for victims to request help and report attacks. A compliance officer will also be appointed to oversee and ensure the order’s implementation.

“In order to eradicate gender-based violence, we have to make concerted efforts between the state and society where in addition to an inclusive plan, an educational approach also exists to teach our boys and girls that every human being must be respected, as well as empowering our future generations so we can eradicate this evil,” Pierluisi said in his statement.

In the Caribbean island of more than 4 million, human rights activists have been demanding such changes for years. Last year alone, at least sixty women were killed, including six murders of transgender people and twenty-six cases that remain unsolved, according to Gender Equality Observatory.

The American Civil Liberties Union (ACLU) released a report in 2012 revealing that Puerto Rico had the highest rate per capita of women over 14 murdered by their male partners.

The Puerto Rico police, which has been tasked by the order to update their protocols for responding to domestic violence calls, also found that roughly 5,500 women were victims of domestic violence last year. A 2019 report from non-profit advocacy groups Proyecto Matria and Kilometro Cero, revealed that on average, one woman per week is killed by man.

The figures are similar here in Australia, according to the Australian Institute of Health and Welfare, where one woman per week on average is killed by a current or former partner. Gender-based violence also remains one of the main reasons women are left homeless and financially disenfranchised.

The governor’s declaration comes a week after Angie Noemi Gonzalez was killed by her partner, who later confessed to the crime.

Amarilis Pagan, an activist from Proyecto Matria, a women’s rights group, called the declaration “a victory of the feminist movement in Puerto Rico.”

She told NPR that it is “the first time within the past decade in which a governor admits that violence against women is different from other violence.”

She said the next step is going to be deciphering how much the policies will cost and submitting a request for funding, which she expects the government to approve.

“If they do not, they will be as bad as the aggressors,” she said. “We’re speaking here about the human rights of women and other people that are victims of gender-based violence, and not approving that budget will be so bad.”

Zoan Davila, the leader of Colectiva Feminista en Construccion, a Puetro-Rican feminist group, told NPR that Puerto Rico “actually already has laws and policies aimed at gender violence but that the problem has always been that there’s just no follow-through, no transparency, no coordinated effort, no accountability.”

She hopes that the new order will see the dramatic change that is needed to turn things around.

Vilmarie Rivera, president of Puerto Rico Domestic Violence Shelter Network, said her government has “recognised that there is a problem that we have to address as a priority,” though believes that details including the way femicides and transfeminicides are reported and the inclusion of gender issues in the school curriculum, “need to be refined.”

Lisdel Flores, director of Hogar Ruth, a shelter for women victims of violence, spoke to NPR, saying, “Today is a great day for women, girls and all the people who have believed in the declaration of a state of emergency for gender violence, which we had been requesting for three years.”

Activists and advocacy groups have called the governor’s order as a necessary step in the right direction.

“Today our rage carries some hope,” Colectiva Feminista en Construcción wrote on Facebook. “Today, as always, our hope is radical. We will not take a step back.”

During his campaign to run for governor, Pierluisi had promised to take action to address the problem of gender-based violence after years of growing agitation from the public.

In September last year, Colectiva Feminista en Construcción lead demonstrators through the capital San Juan to call on then-Gov. Wanda Vazquez to declare a state of emergency in response to the increasing occurrence of gender-based violence.