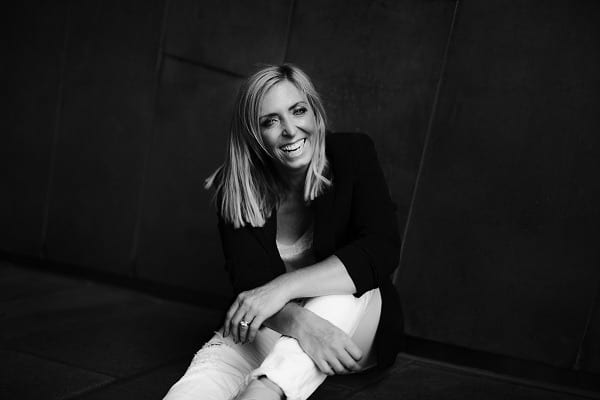 Vulnerability and failure—two words that might as well be R-rated in the higher echelons of corporate. But should they actually be Restricted?

Look at some of the most successful leaders and high-flying entrepreneurs in play today; at some stage in their upward momentum, they have “failed.” But then they showed strength and resilience and came back from the edge. They had the vulnerability to say, “I need help, I need to reach out, and I need to re-launch my trajectory.”

Vulnerability can be a great strength in business because it teaches us to engage and to listen. It encourages us to admit when we need assistance. It gives us new skills. And it also brings about great collaboration.

So how do we embrace vulnerability in the office—and put a fear of failure to use? Here are five steps:

It’s OK to admit the elephant in the room.

Vulnerability is as much a part of you as your preference for dogs or cats, chocolate or vanilla (or strawberry!), sweet or salty. It’s part of your authentic self.

Your team members can see this—when you’re being authentic and when you’re not. When you refuse to admit vulnerability, you’re letting a great big elephant into the room.

You’re refusing to admit its presence, but that elephant of inauthenticity shows up in constant denial and stress and everyone else can see it.

The best way others perceive you is through your authentic self, so stop trying to be Wonder Woman and just admit when you could be wrong, that you do have your flaws. Remember – superheroes are only as strong as their weakness.

Superman is crippled by Kryptonite, the Flash complains about the pain of running too fast, Wonder Woman would be rendered useless if her bracelets were used by others against her and Thor’s powers are only enhanced through his hammer.

Think of vulnerability as bravery.

Bill Gates said, “Failure is a great teacher.” Part of being vulnerable in business is seeing a willingness to fail as brave and a way to increase your resilience.

Linda Sapadin, psychologist and author of ‘Master Your Fears’, uses the example of the Cowardly Lion from The Wizard of Oz—he takes action despite a lack of courage. “People think having courage means you have no fear,” when in fact “courage is taking action despite the fear,” Sapadin says.

She adds, “You really need to be able to get beyond the fear to make your business happen. In other words, fear of failure doesn’t mean full stop—it means do it anyway. Be brave.”

Realise that fear of failure is contagious.

When you hold back from making decisions out of a fear of failure, you create that same fear in your team. This means lacklustre projects, an endemic inability to change the business status quo and a potential lack of future management candidates.

A large part of embracing vulnerability and being brave enough to risk failing is being able to make the tough calls—and showing staff and co-workers that taking risks is OK.

Be open to “failure”

Inventor Sir James Dyson, beloved of the designer vacuum cleaner brigade, went through 5,127 prototypes and 5,126 “failures” to get his first model right. That’s a lot of vulnerability on show—and a lot of what could be termed complete and utter failure.

But there’s a difference between passive and active vulnerability—and this is key to what it means to allow yourself to “fail” without actually failing. If you are passive, it means you’re not open—or prepared—for the possibility of failure. If you are active in your vulnerability, you are taking the opportunity for informed and proactive risk-taking—you know there’s a pretty big risk of failure, but there’s an equally big chance for payoff.

It can be a lonely journey for some as we climb the ladder of success. The journey from the bottom to the top requires grit, determination and perseverance.

You need the teachers that will help you develop mastery and knowledge. You need a crew that will keep you nurtured and connected. You need promoters that will make noise about possibilities and inspire you to become more. And you need butt-kickers who will accelerate your journey, holding you accountable for your actions.

This pit crew will help you remain focused despite difficulties along the way; it will give you the tenacity to learn from mistakes and to quite simply keep going, because you can.

So, open yourself up to embrace change and the potential failure that comes with bold decisions. Show that you are willing to learn from others and admit that you don’t know everything. That is true vulnerability, and it comes from a position of strength, as a person and as a leader.

Like Colin Powell said, “There are no secrets to success. It is the result of preparation, hard work and learning from failure.”

Check out Janine Garner’s collection of books on collaboration, networking and more at Booktopia.