'The rules of accountability': Why our government continues to run its own game
Skip to content 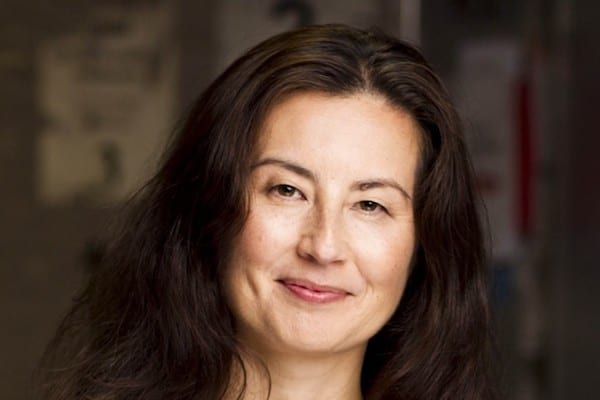 At a leadership lunch a couple of years ago where the keynote speech was about building a positive company culture the woman next to me leaned over and whispered, “if the leaders of the organisation don’t live and breathe the code of conduct and company values then pray that nothing goes wrong in that company”. Her words feel particularly prescient right now.

Friday’s announcement of an independent investigation into workplace culture and practices in the Parliament to be led by Sex Discrimination Commissioner Kate Jenkins was a welcome development at the end of a pretty awful week for our nation. Ideally this will lead to a safer workplace for women in Parliament.

But the elephant in the room is with the people who should be the public upholders of that culture, the leadership of our country.

Before we even got to the alleged rape allegations by a Minister, we had insight into alarming behaviour via the Four Corners investigation last year that featured allegations of misogyny and unacceptable treatment of women in the workplace by that same Minister. My alarm bell went off then, as it should have with anyone who governs an organisation in this country.

At an International Women’s Day Roundtable event with women leaders last week, we managed to move past the problem to a discussion about the solution. It began with a reflection of what would happen in the organisations that we lead as senior executives and company directors if a member of the leadership team displayed behaviours that were contrary to our corporate values.

Those who spoke up were in fierce agreement that they would be stood aside while an independent investigation took place. Because what would it say to the rest of the organisation if not. What would it tell the hundreds or thousands of people who turn up to work each day expecting to feel safe in the knowledge that the organisation had a set of values that they could be proud of and that would ensure their emotional and physical safety and wellbeing.

Anyone with a name that needed clearing should want to embrace a process that could ultimately clear their name.

But if the allegations are upheld by an independent investigation, then leaders have no choice but to show their organisation that they mean what they say; that the words that are shared with their organisation on walls, in emails, at town hall meetings carry weight.

Leaders are held to a higher standard and should be because they are accountable for the culture and values of the organisation. At least that’s how it works in business.  Leaders make the ultimate decisions about what the company stands for.

When an organisation publishes a code of conduct they have to stand behind it, even if the most valuable player on the leadership team, a favoured son or actual son behaves to the contrary.

When I became Chair of Wests Tigers in 2014 and the board was reviewing our conduct policy and values statements, we had a long discussion about what it actually means. We scenario-tested how we might stand behind those statements if our most valuable player or executive crossed our publicly and privately stated line.

We couldn’t afford to say we believed in something if there was a risk that it might fall down at any test, particularly one that would have the potential to deliver the biggest blow: letting a favoured son get away with the very behaviours that others might be stood down or removed for.

So we thought long and hard about what we were prepared to stand behind. I am confident that every organisation I serve as Chair or a non-executive director would stand behind their stated code of conduct and values and apply it equally to the leadership group. I couldn’t be part of an organisation that didn’t.

The truest test of an organisation’s character is when there is a crisis; when something goes horribly wrong. It’s what the organisation does next that really matters. The leaders of the organisation are the people who get to determine what happens next, how the crisis will be resolved. And trust me, the entire organisation is watching closely because it’s the single greatest, most direct message for what that organisation truly believes, what they actually stand for and what they are prepared to accept.

In the case of sexual harassment and unacceptable behaviours and attitudes towards women, what the leaders do to resolve the issue tells women what their employer really thinks of them and it tells men what they can get away with.

Sometimes poor workplace behaviour seeps beyond the company walls and organisations are exposed. Customers have been known to vote with their feet, as do shareholders in the listed environment. As do voters.

Our government serves the people of our nation. They serve us. And we are, right now,  making judgements about our tolerance to engage with an organisation that exhibits unacceptable behaviour in its leadership ranks. Customers and other stakeholders will always judge an issue that originates with poor leadership the harshest because leaders are responsible for the culture and values of the organisation. They should lead by example. Fifty-one per cent of the customers of our government are women.

If we can strip away the politics for one second we might be able to have an evolved and mature discussion about the recent poor examples of behaviours towards women exhibited by the leadership of our country. It has become clear in discussions with a number of people who govern for a living that they can’t get past their partisan blinkers. These are people that I have admired for their own leadership and I know take culture and values seriously enough to act on unacceptable behaviours in the commercial organisations that they govern, but they seem to have a block when it comes to a political party.

I witnessed similar in sport. It’s the equivalent of not wanting to stand down the best player in the club even though they have clearly breached the code of conduct and the club values.

Bias is not a new phenomenon. But the stakes are high involving the highest office in the land and a nation depends on our leaders for their judgment. If we cannot trust them to get this right then how can we trust them to get anything else right. That’s how trust works. And I really need — we all really need — a government that we can trust to do the right thing.