Forget what you’ve been told. COVID-19 discriminates; ask the women
Skip to content 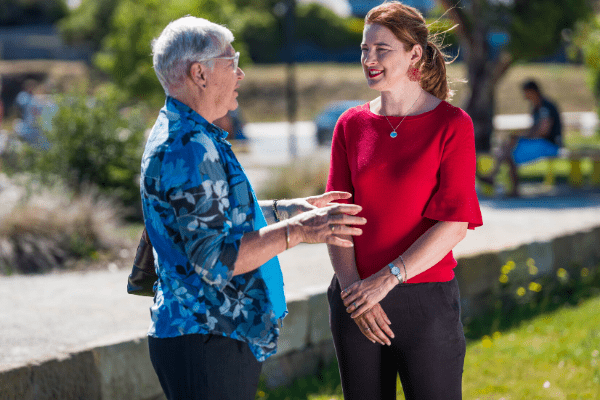 A phrase that has been repeated again and again by leaders throughout the COVID-19 crisis is that the disease doesn’t discriminate. I understand why – the suggestion that we are equally at risk and all have a role to play is great for encouraging a sense of solidarity in the face of such a troubling and unfamiliar threat.

And whilst it may be true that anyone is at risk of catching this terrible disease, it is increasingly clear the economic impact of the disease is not being felt equally in Australia.

This is particularly true for Australian women.

Across the board we are already seeing worrying evidence of this inequality and sadly the Morrison Government has only made it worse. The first release of data from the ABS last week showed that not only were women more likely to have lost their job after the emergence of COVID-19, they had also lost more wages than men.

This shouldn’t come as a shock, two of the industries hardest hit by COVID-19 restrictions – Accommodation and Food Services, and Retail Trade –are dominated by female employees. Unfortunately the impact of these job losses and reduced wages will also be felt more deeply by women in these industries.

These industries have by far the highest number of casual employees with less than 12 months’ service for their current employer meaning many will miss out on the JobKeeper wage subsidy. In fact, modelling has estimated that more than 200,000 female workers in those sectors alone will miss out on the wage subsidy due to the Morrison Government’s design.

Another concern is the Morrison Government’s move to allow early access to superannuation. Largely due to the fact that they work in underpaid jobs, and take on the lion’s share of unpaid work and care, women in Australia retire with significantly lower superannuation balances than do men.

If they choose to withdraw the maximum $20,000 from their superannuation under the Morrison Government’s policy, women will suffer a significantly greater impact than men. Based on current average balances, women’s superannuation will be reduced by roughly 50% more than men’s, resulting in even greater inequalities in retirement due to the multiplier effect of the loss of compound interest.

But women aren’t just facing many of the consequences of COVID-19 more harshly than men, we also know that women are doing much more of the dangerous frontline work to combat the disease. Women make up 70% of the global health and social care workforce. In Australia, the figure is significantly higher: 78.2% of workers in our health care and social assistance industry are women.

The administration of tests, the care of those already ill enough to require care in hospital, the provision of medical advice over telephone hotlines – all are services overwhelmingly provided by nurses, of whom, in Australia, 87.9% are women. Other care work is similarly dominated by female workers, none of whom have the luxury of working from home.

96% of childcare workers are women, as are 87% of direct care workers in residential aged care. These are the women caring for the children of other essential workers, and looking after our elderly loved ones while they are isolated from family and friends.

70% of disability support workers are women too, going every day into the homes of people living with co-morbidities that make them exceptionally vulnerable to the effects of COVID-19 should they contract it. As schools gradually reopen the majority of the teachers providing lessons to our kids will be women: 81.9% in primary schools, and 60.8% of secondary schools.

While we know that women are unfortunately suffering the economic consequences of COVID-19 more harshly now, these figures should prompt us to consider the opportunities to address inequality going forward. Across the globe the COVID-19 crisis has prompted many to reconsider just who ‘essential’ workers are in our communities.

As Labor Leader Anthony Albanese has said: “We should reflect on the fact that so many of our essential frontline workers – supermarket workers, cleaners, childcare workers, teachers, nurses, health workers – are also our poorest paid.”

What COVID-19 has shown us is that the majority of these workers are women. One of the persistent issues activists have faced in reducing the gender pay gap is that women’s work has simply not been valued.

This has been fuelled by historic prejudices, but this means Australian women today still earn almost 14% less than men. We should celebrate women’s heroic efforts on the frontline fighting COVID-19 now, but we must reward them with better pay and fairer conditions going forward.

This won’t just help fix an historic inequality, it can also help make up for the impact that COVID-19 has taken on our essential workers and our economy.