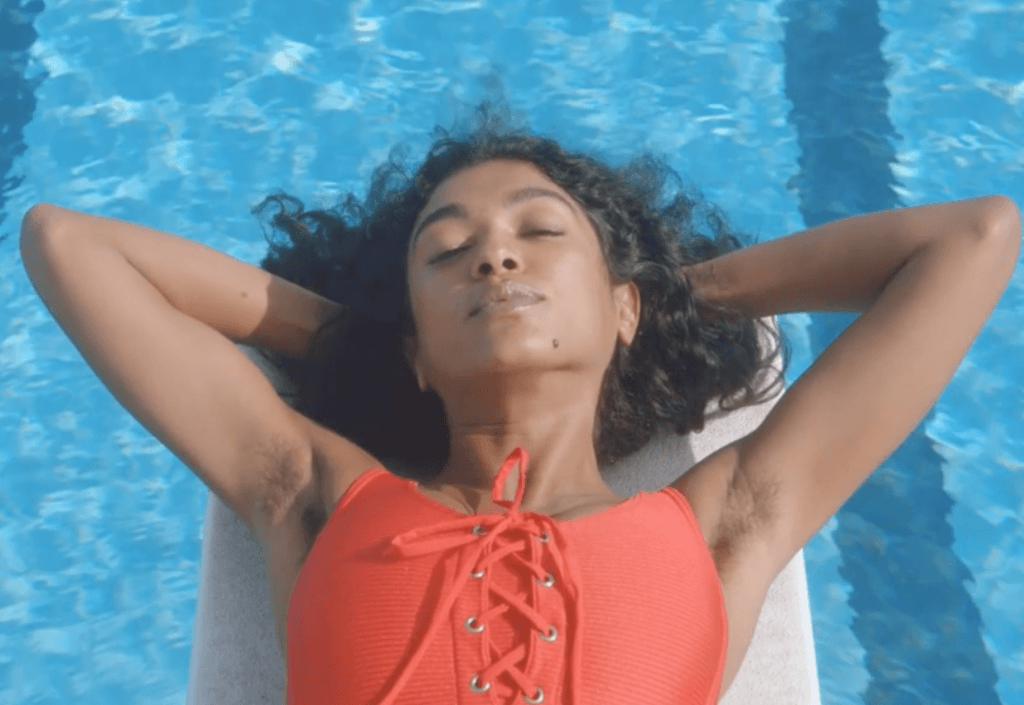 Over recent years, a number of large consumer brands have embarked on a mission to shake up gender norms and turn outdated stereotypes on their head.

The latest example in this encouraging trend, comes from US razor brand Billie and its ‘Red, Blue and You Do You’ advertising reels.

The campaign depicts a diverse range of women enjoying time on the beach or relaxing poolside. They all wear high-cut swimwear with visible tufts of pubic hair spilling out.

In one shot, one of the women lounges on a lilo. Her arms are raised above her head exposing her unshaved armpits.

The company’s co-founder Georgina Gooley told Refinery29 that she hoped the campaign would work to shift social perceptions of female body hair and normalise its visibility.

“I think when we brush topics to the side and don’t address it, it’s a form of body shaming,” she said.

“You’re saying it’s so unacceptable that we’re not even going to talk about it, and that’s how we treat pubic hair,” she added.

“That’s why it’s important to have a strong message that says, ‘No, no, we are talking about it and it is OK.”

We’re totally on board.