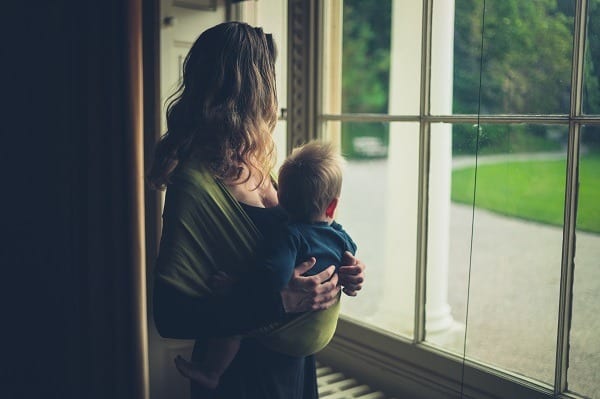 Domestic violence in Australia, and indeed globally, is a growing issue.

According to the latest data, one-in-six women have experienced physical or sexual violence by a current or previous partner since the age of 15.

That number increases to one-in-four when it comes to women who have experienced emotional abuse by a current or previous partner since that age.

This begs the question: why are legal and community centres experiencing funding cuts when women, more than ever, need to seek refuge from abusive partners and need support?

In June this year, the NSW government ceased funding for the Women’s Family Law Support Service – a service which lawyers described as a “safe space” for women to find out information about the court process, and make security arrangements.

The government’s National Plan to Reduce Violence against Women and their Children ends in 2022, and there’s nothing to suggest what’s next, Chloe Fragos, solicitor and project  officer at the Womens’ Legal Service SA (WLSSA) told Yahoo Finance.

“Even though our current statistics are increasing – meaning these issues aren’t going away. So we are a bit nervous about what to from here,” she said.

And in general, Fragos said there’s a bit of a “shift away” from recognising specialised womens’ services, and more of a focus on mainstream services, which is concerning.

“It feels like we’re sort of going backwards, not forwards,” Fragos said.

“In the 80s, there was a lot of focus on needing women-specific services, which is women Women’s Legal was set up in 1995. But the conversation is starting to be non-gendered, and just about social services in general. That is something we’re concerned about.”

It doesn’t make sense, given the cost savings to the community for the work these services provide.

The annual cost of violence per woman to the South Australia is $21,648, and the lifetime cost for victims in 2014-15 was estimated at $307 billion nationwide.

And the cuts don’t match with the rising demand for the services.

How is funding distributed for women’s services?

Most community legal centres receive their funding from both the federal and state governments, although the amounts they receive vary.

The money received from the governments is funnelled through the National Partnership Agreement on Legal Assistance Services (NPA).

But the distribution process can be tense, Fragos said.

“From a South Australian context, we’re small in population but not small in legal needs. So, it does become quite competitive in terms of who gets what for what value, and that often means things can get quite political.

“We’re a service that is required to do the whole of the state, yet we get less funding than services that are just funded to do a small geographic area.”

But the majority of this funding goes straight towards employee salaries, which means when funding is cut, jobs are cut.

“We have 19 staff, and most of them are solicitors,” she said.

“If funding cuts were to happen, it would mean less solicitors and less opportunity for women to access the service.”